First Parish in Needham is both the oldest religious congregation in the community and one of the most inclusive and progressive. Below is information about the Unitarian Universalist faith, our rich history, and our governance practices. 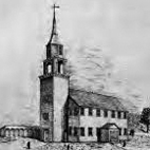 A Faith for Our Times

Unitarian Universalism is a rich, historic, unfolding and inclusive approach to thoughtful religious living. It affirms the spiritual truth of all humanity’s varied sacred paths, and its adherents come from a wide variety of religious backgrounds.

Rather than demand a common answer to the creedal question, “What do we all believe?”, Unitarian Universalists are brought together by covenantal questions such as “What hopes do we share? What spiritual resources shall we draw upon as we walk together toward the fulfillment of those shared hopes? And how shall we treat one another along the way?” The spirit of Unitarian Universalism is embodied in our Seven Principles and Six Sources.

Today Unitarian Universalism includes people who consider themselves agnostics, atheists, Jews, Catholics and protestants, Muslims, Buddhists, Hindus, pagans, humanists, skeptics, seekers, and, ultimately, “just friends.” Together we form a diverse religious community that seeks to inspire everyone to transcend personal differences and to find common ground in the common good.

We are liberals in both that sense and in keeping an open mind to the religious questions people have struggled with in all times and places. We believe that personal experience, conscience and reason should be the final authorities in religion, and that in the end religious authority lies not in a book or person or institution, but in ourselves.

A long history of social justice-seeking that spans abolition and civil rights continues to this day with causes like the freedom to marry movement, environmental justice, and immigration reform.

We Are Unitarian Universalists: A Video Intro to UU

Unitarianism, Universalism and the UUA

Although Unitarian Universalism draws on many religious traditions, it originated in the union of two faith traditions:

From early on Universalism and Unitarianism shared the basic values of liberal religion. By the 1830s both denominations were drawing on world religions in addition to Christianity. Both groups grew to include humanist voices that held that belief comes from within the person, rather than from some outside authority.  And both Unitarians and Universalists were deeply involved in many of the most important social justice movements of the 19th and 20th centuries.

The Seven Principles and Six Sources

The spirit of Unitarian Universalism is embodied in seven principles, which we affirm and promote:

As noted above, the living tradition of Unitarian Universalism draws from many sources. These include:

These principles and sources of faith are the backbone of our religious community.

In May 2022, First Parish voted to endorse and adopt the 8th Principle of Unitarian Universalism, in support of a nationwide anti-racism/anti-oppression movement and in hopes for the 8th Principle to be incorporated into the national Article II Commission’s recommendations in 2023 and 2024.

Through our Diversity, Equity, and Inclusion (DEI) Committee and other justice and educational programs at our congregation, we strive to live into this commitment.

The Eighth Principle reads that we:

covenant to affirm and promote journeying toward spiritual wholeness by working to build a diverse multicultural Beloved Community by our actions that accountably dismantle racism and other oppressions in ourselves and our institutions.

First Parish in Needham is both the oldest religious congregation in the community and one of the most inclusive and progressive. The founding of the church on November 5, 1711, made possible the incorporation of the town.

Even at its inception as a Puritan church, the congregation at First Parish gathered on the basis of a covenant — a statement of shared hopes and an agreement about how to walk together — rather than on the basis of a creed, or required statement of belief. Ministers were, and still are, called by vote of the membership, and our governance has always been democratic.

As the parish church, First Parish served not only the members of the congregation, but everyone in the town (the parish). Its Meetinghouse was the site of town meetings for many years. The first Meetinghouse was raised in 1712 on Nehoiden Street, near Central Avenue. In 1720 Jonathan Townsend became the first of many ministers to be called to First Parish over the years; he served until 1762 and is buried, along with several other early First Parish ministers, in the Needham Cemetery also on Nehoiden Street.

The second Meetinghouse, built in 1774, stood at the same location. In 1811, First Parish acquired a bell made by Paul Revere, a bell that we still ring today at the beginning of Sunday worship and on other special occasions. Our present Meetinghouse was built on Nehoiden St. in 1836 using timbers from the pre-Revolutionary building. It is the oldest public building in Needham. In 1879, when Wellesley became a separate town and the center of Needham shifted to the site of the town square, the Meetinghouse was moved to its present location on Dedham Avenue.

Over the course of the 18th century, congregations like First Parish came to feel strongly about democratic governance in secular affairs, and many played a leading role in the American Revolution. By the war’s end, many of these parishes no longer preached the Calvinist idea of predestination, nor did they require even ministers to believe that God is a trinity of persons. Opponents began calling them “Unitarians.”

During the early and mid-19th century the congregation also came to include, and to call as ministers, “Universalists” who denied eternal punishment and affirmed God’s loving intention to save all people. (See What is Unitarian Universalism?)

The Parish maintained the traditional distinction between covenanted members (the church) and a wider constituency being served (the parish) for many years. But with the adoption of an “open covenant” in 1905, we made it explicit that no affirmation of belief shall be required for membership.

In 1944 the church formally merged into the more inclusive Parish. The congregational bylaws simply say that its purpose is “to provide a community where religious living is fostered through worship, study, service, and fellowship.”

The Parish Committee includes the four elected Officers, six other elected members of the congregation, and the (non-voting) Minister. They are elected according to the bylaws at the annual congregational meeting, typically in May.

The bylaws charge the Parish Committee with overseeing the programs of the church. As such they represent the entire congregation who are the people who carry out many of those programs.

The Parish Committee can be viewed as the central glue that pulls the various parts of the church together.

At a congregational meeting, called by a warrant, our members:

The congregation does all of this under the guiding Principles and Purposes of the Unitarian Universalist Association (UUA) with which our congregation freely associates.

First Parish’s membership gathers at least once a year in May for its Annual Meeting to vote on elected officers, the church budget, and other matters of importance to the whole community.

The Bylaws define the First Parish as a non-profit religious institution, outline the congregational structure, determine responsibilities and confer authority for carrying out the church business.

Additionally they define the levels of authorization required for spending of church funds and identify what church committees should be, at a minimum, staffed each year (called standing committees).

As a member organization of the UUA, our congregation subscribes to the goals of the Principles and Purposes of the UUA which provide the over-arching values by which our congregation functions and support the democratic process by which we operate (i.e. one member, one vote).

Staff Positions and Their Roles

The Role of Congregational Volunteers

The volunteers are crucial to the life of the church. Without volunteers the church is unable to fully operate.

All volunteers who are legal members of the congregation have the same weight of voting rights at congregational meetings and are able to initiate action on behalf of the church.

The bylaws state that people who desire membership in First Parish merely have to do the following three things:

There is also an expectation of service to the church in the form of some kind of volunteering.

For more information, visit the Path to Membership page.

Our Relationship with the UUA

Examples of these benefits include the help of the UUA’s District staff, religious education curriculum development, recruitment processes for ministers and religious educators, and the accreditation of UUA ministers.

Though the UUA facilitates ministerial searches, the choice on Ministers and staff rests entirely with the church.

However, as noted above we do receive valuable services, as needed, from the District and UUA organizations and we are asked to annually pledge dues to both of these organizations through a formula based on a percentage of our overall annual budget.

Please select one or both of the Newsletters listed below: